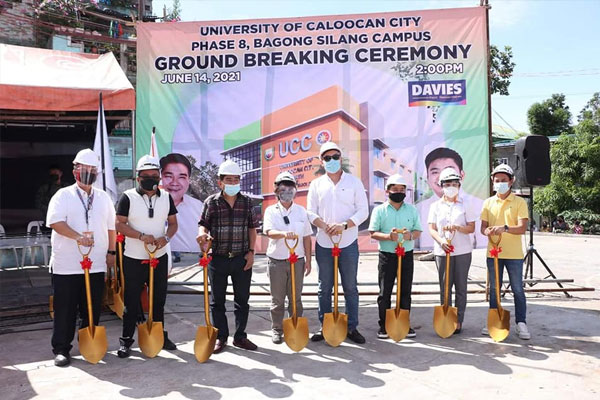 University of Caloocan City’s (UCC) fourth campus will soon rise in the city’s largest barangay as the local government expands its affordable yet quality education for its residents, according to a report by Manila Bulletin.

Mayor Oca Malapitan on Monday, June 14, celebrated his 66th birthday by leading the ground breaking ceremony for the upcoming UCC campus in Barangay Bagong Silang, which will house Engineering and business-related courses.

The local government-run UCC Bagong Silang will be the third UCC campus to be built under Malapitan’s nine-year term as the city’s local chief executive. The other ones are UCC EDSA and UCC Congressional.

He also initiated the renovation of the existing UCC Camarin when he assumed post.

“Until my last term as a mayor, I will do my best to fulfill my promises, including the one for education,” he said in Filipino.

“This, the construction of another campus for those who want to take Engineering, should serve as my gift to all Caloocan students. We want everyone to benefit from our free and quality education,” he added.

UCC has been offering free education to all qualified Caloocan residents since 2014 or even before President Duterte signed the law mandating free tuition fees in state universities, colleges, and local universities.

This came after city 1st District Rep. Along Malapitan, who is also the son of the mayor, sponsored Ordinance No. 0553.