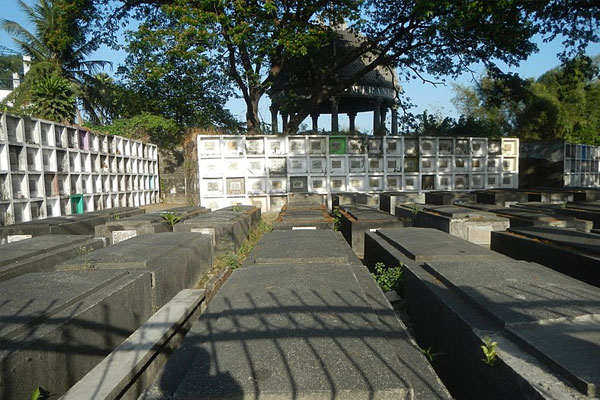 People visiting the gravesites in San Mateo are reminded not to bring along children seven years old and below as part of the town’s measure against the spread of Covid-19 during the observance of “Undas 2022”, according to a report by Manila Bulletin.

The office of Mayor Bartolome Rivera, Jr., in its announcement posted Tuesday on the local government unit’s social media pages, said minors who are below eight years old are banned from entering cemeteries and similar places for the duration of the observance of All Saints and All Souls Day this year.

However, minors aged eight to 17 may be permitted to visit the gravesites provided they are accompanied by an adult.

The local government is also reminding the public to refrain from bringing items that may create noise, knife or similar bladed instrument; firearm; combustible materials; liquor; betting instruments; and tents as those items will either be confiscated, temporarily be kept for safekeeping, or its holder be banned from entering the burial sites.

The public will be permitted to bring in bottled water, first aid kit, valid ID, vaccination card, garbage bag and materials to protect them from the elements such as umbrella, raincoat and fan.

Cemeteries in San Mateo will only be open from 6 a.m. until 6 p.m.

Some of the cemeteries in San Mateo are Himlayang Katoliko, New Capilpil Cemetery, Paraiso Memorial Park in Barangay Ampid, and Sto Rosario Memorial Park, and Zen Gardens Crematorium and Columbary.

The municipal government has also posted the emergency numbers of the department in-charge in case the public may need the assistance of the police, fire personnel and local government’s peace keepers during Undas 2022.